You are here : HomePublicationCalendar Event JNE Jambi distributed CSR to the Jambi City Government and 3 Houses of Worship in Jambi
Share : 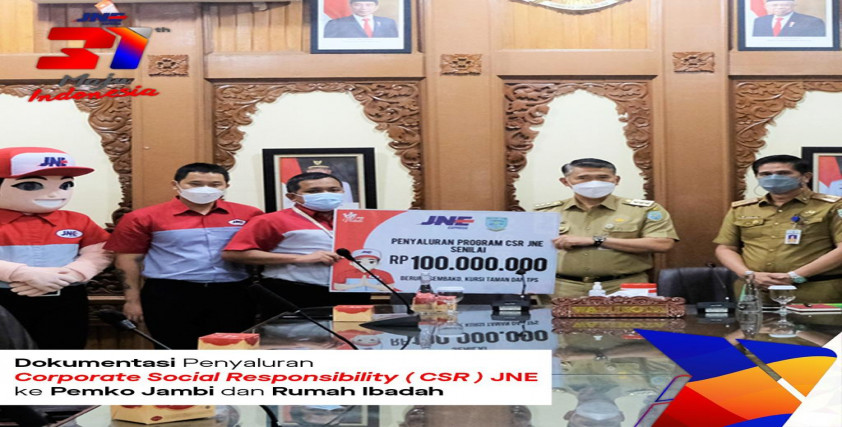 CSR assistance through the Jambi City Government in the amount of Rp. 100,000,000 will later be allocated in the form of necessities and the provision of garden chairs and TPS for garden planning in Jambi City.

In addition, JNE also handed over CSR assistance to 3 different houses of worship, in the form of 3 MAkna 1 tuJUan for Indonesia. The 3 houses of worship are S Teresia Catholic Church on Jl Raden Mattaher No 19, Nurul Hidayah Mosque on Jl RB Siagian No 148, and Vihara Sakyakirti on Jl Pangeran Diponegoro No 56 Jambi City.

Hopefully, this CSR assistance can be useful, especially for the people in Jambi City.